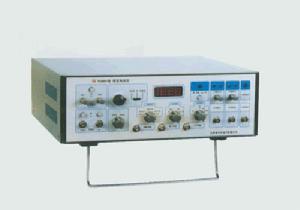 The development of China's metrological instrumentation lags behind, there are many problems, facing a severe situation, and its main factors are concentrated in the following four aspects:

I. Slow progress in technological innovation and industrialization

Modern metrology is a highly integrated product of optical, mechanical, electrical, computer, and many other basic disciplines. It is very sensitive to new technologies and is one of the fastest-growing new technology applications in modern industrial products. With the launch of new products, especially in the information age today, the competition is becoming increasingly fierce and a slight slowdown in the pace of development will be far behind. Now that we have entered the 21st century, the general level of China's metrology and instrumentation still remains at the international level in the early 1980s. Large-scale and high-end equipment and equipment are almost all dependent on imports. Many urgently needed special equipment and equipment are still blank. There are many difficulties in ensuring quality that need to be overcome. The delay in the development of technological innovation and its industrialization is a "bottleneck" restricting the development of China's metrological instrumentation industry. There are three main factors constraining China's scientific and technological innovation and development delay in the metrological instrumentation industry: First, serious shortage of scientific research funds; The second is the lack of talent; the third is the lack of effective integration of government, production, education, research, and application.

Second, product stability and reliability cannot be fundamentally resolved in the long term

China's measurement products, including industrial automation instrumentation systems, communications equipment, etc., although the gap between the technical indicators and similar foreign products is not very large, but the stability and reliability are not high. This has greatly limited the scope of use and credibility of China's metrology products. There are three main reasons for this:

(1) The development of basic technology research was neglected for a long time.

(2) The quality of domestically produced common parts and basic parts is not critical.

(3) The quality control and management of the company's products are weak, and the quality of the products is not relevant.

Third, the old system constrains the development of the enterprise

Fourth, the development of the metrology instrumentation industry is constrained by the objective environment. Its main performance is

(1) Taxes are too heavy. The enterprises for measurement products are generally small in scale, with few production batches, and the total output value and economic benefits are not high. However, modern metering instruments and meters have enormous inflated effects on the national economy and produce incalculable double benefits. For industries with such special properties, 17% of VAT is levied just like other industries, and 33% of income tax and the same percentage of tariffs are overtaxed.

(2) The governments at all levels, including the industry's competent authorities and the banking, taxation, and industry and commerce departments, have insufficient understanding of the importance of developing the metrology products industry, and their support is insufficient.

(3) The lack of procurement policies to support the development of national industries.

(4) Poor basic industry capabilities in China. Including product quality, service ability and reputation ability are all poor, which directly affects the development of the industry.

The overall development trend of the instrumentation industry is forward, and the development direction of miniaturization, integration, intelligence, and busi- ness still keeps pace with international development.